From the late 19th century to the 1970s, analog slide rules were among the most common computing devices, because they were cheap and quick for many calculations. However, by the mid 1970s, digital pocket-sized calculators had replaced slide rules as the tool of choice for most scientists, engineers, and mathematicians. Most slide rules can be used for basic arithmetic and trigonometry, but many have extra features for more specialized calculations. You can also see that slide rules come in many shapes. Aside from the traditional "ruler" type, we have circular and cylindrical slide rules. These other shapes are often used to provide increased precision. 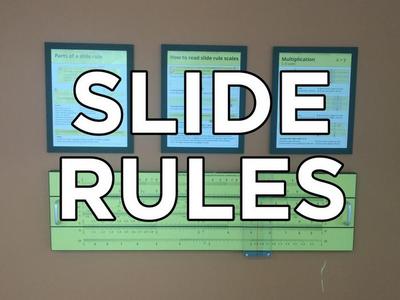 Mathematics 3 (is location of)