In July 2017, we're putting some of our treasures on display as part of a celebration of the 50th Anniversary of the Faculty of Mathematics.

On July 4, Eric Manning, Scott Campbell and Trevor Grove will be talking as part of Hardware Day (videos will be added here). Immediately after the talks, we'll open the exhibit in the Math and Computer building, room 3011. Until July 14 you can come and see:

Normal visiting hours are 10am to noon, but contact us at computer.museum@uwaterloo.ca to arrange a tour.

If you have any donations, feel free to drop them off as well or get in touch.

We'll upload some photos as the exhibit unfolds! 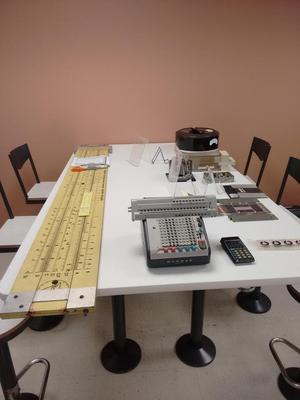 Math and Computer Building (is location of)