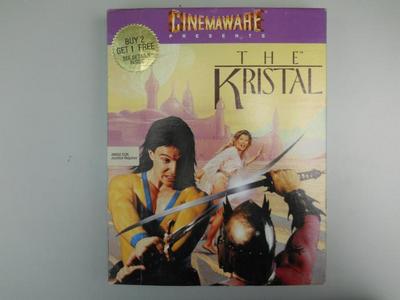 The Kristal is an action adventure game released by Cinemaware in 1989 although the game was both developed and published in Europe by FissionChip Software and Addictive Games. The game was based on a 1976 original play called, The Kristal of Konos. The game was recieved with mixed reviews with some outlets citing, poor controls.