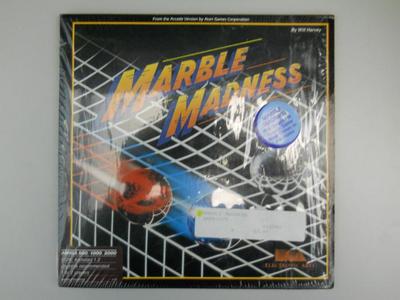 Initially released as an arcade game by Atari in 1984. By 1986 many ports of the game appeared including this version released by Electronic Arts for Amiga. The goal of the game is to guide the marbles through an isometric maze like level before time runs out.