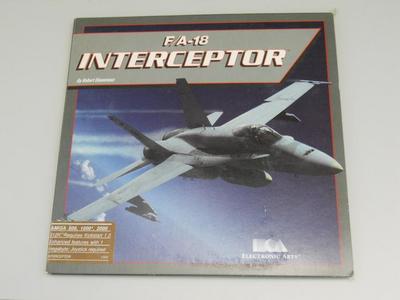 A combat flight simulator developed by Intellisoft in 1988 and published by Electronic Arts. This game was only released on Amiga. If your system had 512kb of RAM the game would play a song similar to the Top Gun theme.